You are using an outdated browser. Please upgrade your browser to improve your experience and security.
George Henry Lewes
English philosopher, actor, and scientist
Media
Print
Thank you for your feedback 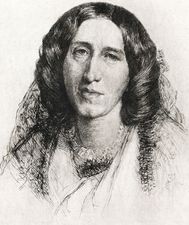 Read More on This Topic
George Eliot: Life with George Henry Lewes
Soon after her arrival in London, Mrs. Chapman and the children’s governess, who was also John Chapman’s mistress, became jealous of Marian,…

After a desultory education, Lewes spent two years in Germany and returned to London in 1840. During the next decade he wrote frequently for various journals and in the early 1840s corresponded with John Stuart Mill, through whom he became acquainted with the positivist philosophy of Auguste Comte, usually considered the founder of sociology. In 1850 Lewes and his friend Thornton Leigh Hunt founded a radical weekly called The Leader, for which he wrote the literary and theatrical features. His Comte’s Philosophy of the Sciences (1853) originally appeared as a series of articles in The Leader.

Lewes married in 1841, and the couple lived communally with Hunt and his wife and two other couples. Though initially a success, the arrangement failed after Lewes’s wife had two children by Hunt. In 1851, after the birth of the second child, Lewes ceased to regard his wife as such. In the same year, after their estrangement, he met Mary Ann Evans. Legal divorce was impossible for Lewes because he had condoned the adultery, but from his separation in 1854 until his death, Lewes and Evans lived happily together.

Lewes’s novel Ranthorpe, a bildungsroman about the moral and intellectual growth of a young writer, was published in 1847. His review that year of Charlotte Bront?’s Jane Eyre was the first substantial statement in England of the theory of realism in the novel. Before turning to scientific studies, he published Life and Works of Goethe, 2 vol. (1855), which is still considered a valuable introduction to the poet. Besides numerous papers on motor and sensory nerves, he published Seaside Studies (1858), Physiology of Common Life, 2 vol. (1859–60), and Studies in Animal Life (1862). These were followed by a study of Aristotle (1864) and his most ambitious work, Problems of Life and Mind, 5 vol. (1873–79). He edited The Fortnightly Review (1865–66), contributing articles in science, politics, and literary criticism.

A versatile writer and thinker in many fields, Lewes contributed significantly to the development of empirical metaphysics; his treatment of mental phenomena as related to social and historical conditions was a major advance in psychological thought.

This article was most recently revised and updated by J.E. Luebering, Executive Editorial Director. 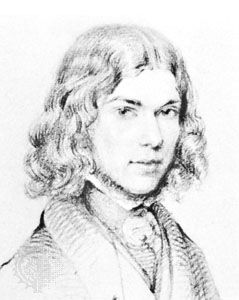