You are using an outdated browser. Please upgrade your browser to improve your experience and security.
Henry Sidgwick
British philosopher
Media
Print
Thank you for your feedback

Henry Sidgwick, (born May 31, 1838, Skipton, Yorkshire, Eng.—died Aug. 29, 1900, Cambridge, Cambridgeshire), English philosopher and author remembered for his forthright ethical theory based on Utilitarianism and his Methods of Ethics (1874), considered by some critics as the most significant ethical work in English in the 19th century.

Read More on This Topic
ethics: Sidgwick
Mill’s easily readable prose ensured a wide audience for his exposition of utilitarianism, but as a philosopher he was markedly inferior…

In 1859 Sidgwick was elected a fellow at Trinity College, Cambridge, and later was made a lecturer in classics, a position he exchanged for one in moral philosophy in 1869. He was appointed praelector in 1875, and in 1883 he became Knightbridge professor of moral philosophy. He was active in promoting higher education for women, primarily through founding Newnham College, Cambridge (1871), of which his wife, Eleanor Balfour, became principal in 1892. A member of the Metaphysical Society, he was also interested in psychical phenomena and was a founder and first president of the Society for Psychical Research in 1882.

In philosophy Sidgwick followed the Utilitarianism of John Stuart Mill (1806–73) and adopted the ethical principle known as the categorical imperative from Immanuel Kant (1724–1804). He drew on the views of both men for his first and major work, The Methods of Ethics. By a method, Sidgwick meant the rational process of arriving at a means of making ethical decisions. All possible attempts at method, he believed, could be summarized by three approaches: egoism, Utilitarianism, and intuitionism. Egoism refers to the theory that justifies an action in terms of the happiness it produces in the agent of the act. Utilitarianism seeks to contribute to the happiness of all persons affected by the act. Intuitionism indicates that ends other than happiness might be acceptable, and that guidelines other than those that promote happiness might be suitable means to an end. Sidgwick argued that neither the first nor the last could, by itself, supply an adequate basis for rational conduct. Instead he proposed a system of “universalistic hedonism,” which, in a manner parallel to Kant’s categorical imperative, sought to reconcile the apparent conflict between the pleasure of self and that of others.

Sidgwick’s other writings include Principles of Political Economy (1883); The Scope and Method of Economic Science (1885); Elements of Politics (1891); and The Development of European Polity (1903). 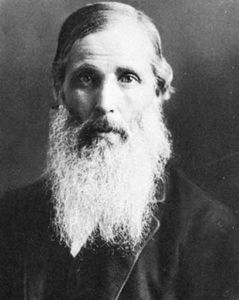