You are using an outdated browser. Please upgrade your browser to improve your experience and security.
Nicolas Malebranche
French priest
Media
Print
Thank you for your feedback

Nicolas Malebranche, (born Aug. 6, 1638, Paris, France—died Oct. 13, 1715, Paris), French Roman Catholic priest, theologian, and major philosopher of Cartesianism, the school of philosophy arising from the work of René Descartes. His philosophy sought to synthesize Cartesianism with the thought of St. Augustine and with Neoplatonism. 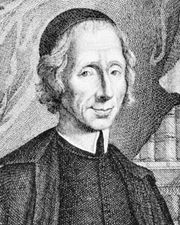 Read More on This Topic
Cartesianism: Malebranche and occasionalism
The most important philosophical work stemming directly from Descartes’s writings is The Search After Truth (1674–75), by Malebranche.…

Malebranche, the youngest child of the secretary to King Louis XIII, suffered all his life from malformation of the spine. After studying philosophy and theology at the Collège de la Marche and the Sorbonne, he joined the Congregation of the Oratory and in 1664 was ordained a priest. Chancing to read Descartes’s Traité de l’homme (“Treatise on Man”), he felt compelled to begin a systematic study of mathematics, physics, and the writings of Descartes.

Malebranche’s principal work is De la recherche de la vérité, 3 vol. (1674–75; Search After Truth). Criticism of its theology by others led him to amplify his views in Traité de la nature et de la grace (1680; Treatise of Nature and Grace). His Entretiens sur la métaphysique et sur la religion (1688; “Dialogues on Metaphysics and on Religion”), a series of 14 dialogues, has been called the best introduction to his system. His other writings include research into the nature of light and colour and studies in infinitesimal calculus and in the psychology of vision. His scientific works won him election to the Académie des Sciences in 1699. Also influential are his Méditations chrétiennes (1683; “Christian Meditations”) and Traité de morale (1683; A Treatise of Morality).

Central to Malebranche’s metaphysics is his doctrine that “we see all things in God.” Human knowledge of both the internal and the external world is not possible except as the result of a relation between man and God. Changes, whether of the position of physical objects or of the thoughts of an individual, are directly caused not, as popularly supposed, by the objects or individuals themselves but by God. What are commonly called “causes” are merely “occasions” on which God acts to produce effects. This view, known as Occasionalism, hesitantly and inconsistently applied by Descartes, was more completely developed by Malebranche. Cartesian dualism between body and mind was also rendered compatible with orthodox Roman Catholicism by Malebranche. The inability of minds and bodies to interact is, according to Malebranche, simply a special case of the impossibility of interaction between created things in general.

With reference to sensation, Malebranche believed that sensory experiences have only a pragmatic value, appraising men of harm or benefit to their bodies. As aids in reaching knowledge, they are deceptive because they do not bear genuine witness to the actual nature of things perceived. Ideas alone are the objects of human thought processes. All such ideas are eternally contained in a single archetypal or model idea of the essence of matter called “intelligible extension.” God’s mind or reason contains ideas of all of the truths that men can discover. God’s creation occurred after his contemplation of the same ideas, which are known only partially by men but are completely known to God. In contrast to Descartes’s notion that men can directly perceive themselves, Malebranche declared that a person can know that he is but not what he is. He also reversed the Cartesian dictum that human existence can be known without demonstration, whereas God’s requires demonstration; Malebranche held that man’s own nature is completely unknowable, whereas God’s is an immediate certainty needing no proof. 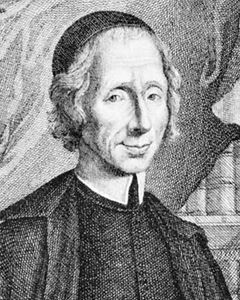