You are using an outdated browser. Please upgrade your browser to improve your experience and security.
Thomas Brown
British physician and philosopher
Media
Print
Thank you for your feedback

British physician and philosopher
Written By:

Between 1792 and 1803 Brown studied philosophy, law, and medicine at the University of Edinburgh, where he met the philosopher Dugald Stewart and the founders of the Edinburgh Review. After practicing medicine briefly, Brown was deputy lecturer for Stewart (1808–09) and became joint professor of moral philosophy with him in 1810.

From Stewart, who was the chief expositor of the views of Thomas Reid (1710–96), a Scottish philosopher of common sense, Brown accepted many of Reid’s arguments that were characteristic of the school. Brown modified some tenets of the school and rejected others, thus standing at the dividing point between two factions. The group led by Brown was oriented toward sense perception and was supported by John Stuart Mill and Alexander Bain; the other group, represented by Sir William Hamilton, sought to introduce the views of various German Idealist philosophers and thereby direct attention away from sensations and toward thought processes.

Brown’s writings include Observations on the Zoonomia of Erasmus Darwin (1798); Observations on the Nature and Tendency of the Doctrine of Mr. Hume Concerning the Relation of Cause and Effect (1804), eight books of verse (collected ed., 4 vol., 1820); and Lectures on the Philosophy of the Human Mind, 4 vol. (1820). 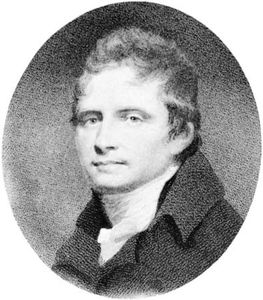